*whispers* have you set any resolutions yet? 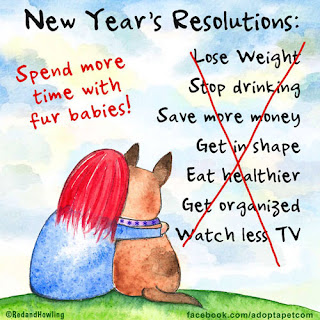 So it’s a new year, apparently!

I have to confess, I’m not super into the whole new year-new you/new training thing. Not because I don’t set goals, but that’s not a once per year thing for me.

Here at WCC we run on 4 x mini years (12 week years, or Morag Years as Clare likes to call them!), which gives us four times as many new year – new start opportunities!

The problem with most resolutions is they’re unachievable, much too vague, and the deadline is so far away that we lose any sense of urgency…

Working in shorter blocks of time, with clearly defined goals really does change everything.

If you’re not convinced, why not read the lovely message that came in from Laura & Roman.

They’ve worked so very hard through 2018, and made amazing progress from taking long car trips, attending rehab class, relaxing during firework season and having “Monty Don” moments in the garden! 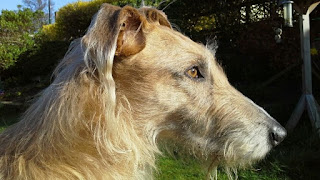 "If anyone's feeling determined but also a bit unsure about how to go about making some real progress with their dog, can I recommend working with Morag on a 12 week plan. I did this with my lurcher, Roman, last year and we made huge and unexpected progress.

Morag helped us define our overall goal, then break it down into smaller objectives, which we worked on for 12 weeks, adjusting as we went along. We had regular Skype calls to keep us on track which really helped.

Our overall goal was to go to Morag and Clare's Rehab Club, so we could practice being around other dogs. Unfortunately, the location is about an hour's drive from where we live, and Roman was very unsettled in the car on long drives.

Before we could think about how Rehab Club could help us, we had to think about getting there! So our smaller objectives were for Roman to be able to travel longer distances in the car, without getting anxious, to be more relaxed about visiting new places, and to be more settled in the car on his own.


Each week we had specific aims, like introducing new drives, increasing the length of drives, practicing the Relaxation Protocol in different places and in the car.

By the end of the 12 weeks, we'd progressed to a couple of practice drives to where the Rehab Club takes place, and have now been to Rehab Club about 5 times, where we were able to work on Roman's reactivity to other dogs, which has also improved a lot.

I found the plan quite intensive but the structure helped me keep on track. I was also able to see clearly how much progress we were making. And of course, I couldn't have done it without Morag's patience, encouragement and humour"


So what’s your small, achievable and clearly defined goal for the next few months?

What's going on in WCC Land?

Don't miss out on your WCC fix this month, we have seminars, workshops AND adult classes start back on 21st January. 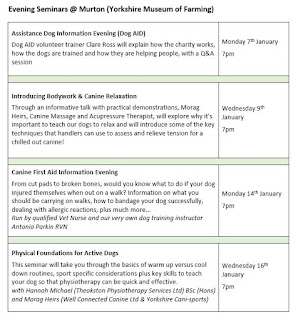 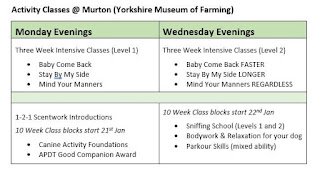 Our glamorous assistants can use their special discount codes, and anyone in the WCC family who books more than one class (paying up front) can use your special dedication code. If you think you should have a code, but can’t remember it please email the office for help (info@wellconnectedcanine.co.uk)