Just for a wee bit of fun, this week I’m inviting you to post your pictures of multi-dog Parkour poses. 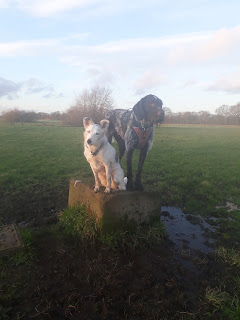 You can see Laird demonstrating a 2-up, Freya sitting on the same object, and Bronte sitting on a different manhole cover to the side. 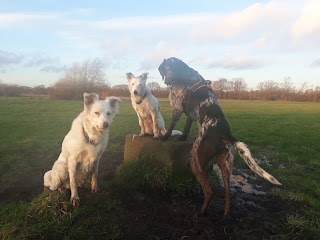 I was trying to get Freya to stand rather than sit for a real variety pic, but it took all my time to keep Bronte from wimbling off! 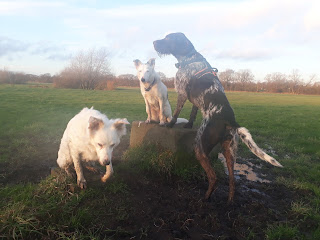 While Parkour is great for building self-control, proprioception and more, it’s also perfect for those of us struggling to get more than one dog in the same photo.

Don’t worry if you only have one canine in your family, why not take the challenge with a friend or meet up with another Well Connected Canine and their person (feel free to use our FB group to make contact).

The best picture will become the group cover pic for February, so get snapping and submit your entries to the FB group. 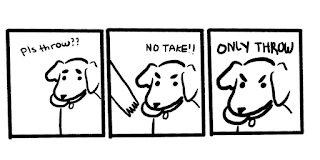 Laird’s love of holding, chewing and sometimes eating things has been a wee bit of a challenge not least because of the sheer size of his jaws. Clare has been very patient with Laird (and me) in the Gundog Games workshops, and we’ve both had to think in new and interesting ways.

Key challenges
It’s fair to say we’ve worked through most of the normal solutions, without really feeling like we were making consistent progress.  Until Clare had a moment of genius. She will tell you it’s nothing of the sort, but I’m convinced!

Dog training is all about figuring out what our dog really wants, deciding if we can safely give them access to it, and using it as a reward.

There’s no point offering me Xmas cake as a reward for anything, because I don’t like fruitcake and despise marzipan…..

But for all the reasons listed earlier, using food rewards as part of tug games hasn’t worked that well for us.

What we have worked on is Laird realising I will let go if he tugs too hard (ouch!), and that he needs to push the toy into my hands to restart the game (no grabbing by me).

So Clare’s brilliant idea was

We’re looking for moments where Laird chooses to loosen his grip on the toy, marking it, and rewarding with another round of tug – because that’s usually what Laird wants more than anything.

The proof is in the pudding as they say, and we had no idea if it would work.

Pretty quickly it was obvious that we were getting longer pauses, and then Laird started to release the toy (no cues are being given!).

I’ve played around with the ideas, but truthfully not as much as I planned to.

And then this afternoon Laird snuck into the kitchen and stole one of Bronte’s old training toys. 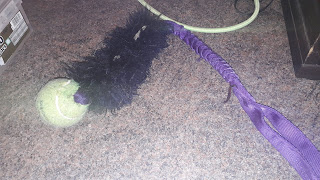 Sheepskin on a bungee with a tennis ball – that really is the holy grail.

My current meditation practice is all about turning difficult situations into opportunities to practice, so I took some deep breaths and in a cheery voice asked Laird if he wanted to play….

Laird had played beautifully, and chose to give the toy up several times.

When we finished and put it away, there was no jumping or snatching or grumpiness.

I am so proud of my big lad, and so grateful for Clare’s suggestions.

What have I learned today?

Don’t forget to send in your Parkour Variety Pack pictures before the end of January,

What’s going on in WCC Land?

Gundog Games workshops with Clare run monthly AND you can buy three workshops at a discounted rate, so long as you use them within 6 months

Social Skills for Dogs That Struggle are running in smaller groups, more often! See all your options to the end of Feb, there's at least four sessions per month now: Book Here

Posted by Well Connected Canine (Morag) at 16:58 No comments: 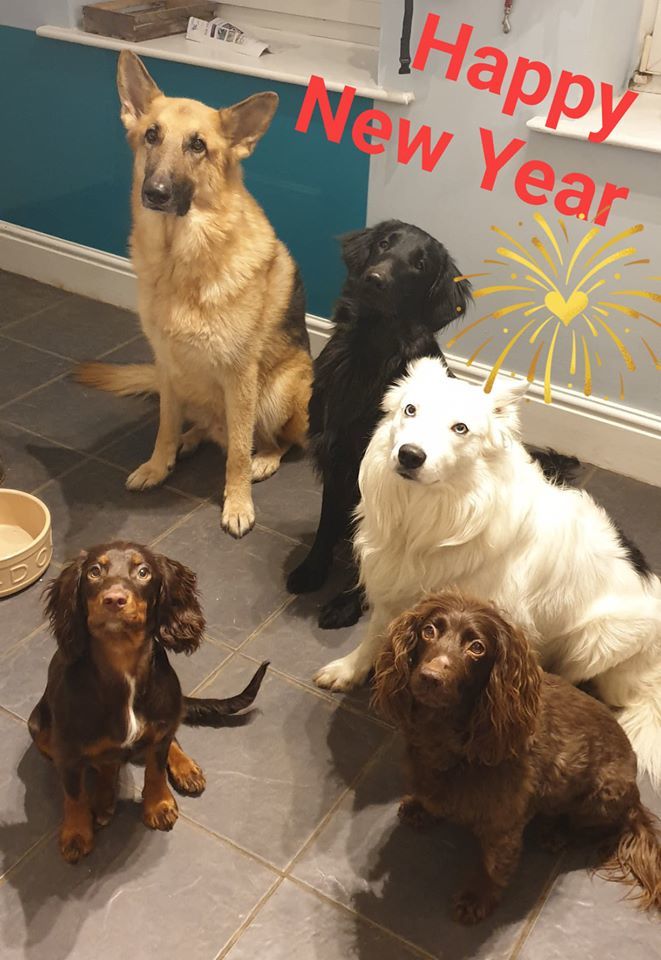 Yep, it's that time of year again when the world seems full of good ideas and shiny resolutions. Not to mention the fields are full of dogs suddenly being walked more than usual.

But I'm NOT a big fan of the whole new year/new you shenanigans. 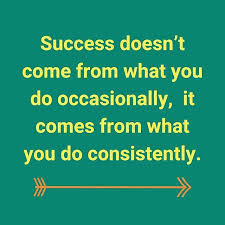 The trick is to figure out your goal, and then break that down into the daily or weekly actions that will get you closer.

Rather than tracking your success each week, just make sure to record what you actually did. You can control what you take action on even if the results are variable!


I can make a point of practicing attention games with Laird at least twice on every walk in dense woodland.

Does that guarantee that he will have been paying attention?

But it massively increases the chance that he will be paying more attention as the days and weeks go past...


We can give you the games, techniques and tools - you just need to put in the consistent effort. 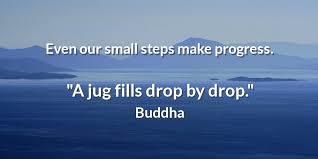 We're officially back in the office from Monday 6th January, and bookings are already open for our January classes (start 15 Jan) if you want some support in taking those regular tiny actions!


What’s going on in WCC Land?


Weekly classes are moving to Wednesday evenings from 15th January 2020

Gundog Games workshops with Clare will run monthly AND you can buy three workshops at a discounted rate, so long as you use them within 6 months

Social Skills for Dogs That Struggle are running in smaller groups, more often! See all your options for January, there's at least four sessions per month now: Book Here

Multi-dog harmony was a popular request last year so we’re offering a webinar in January to introduce the core skills, AND a practical workshop in February to put it into practice. BOOKINGS OPENING SOON!


There are fewer places on most workshops so you can get more focused, individualised help!
Posted by Well Connected Canine (Morag) at 15:43 No comments: